Every fashion season comes with a fresh release of exquisite handbags made by your favorite luxury brands. Most designers spend night and day crafting the perfect bag for you; from the color to the material, style, and shape.

The high fashion store shelves and Instagram influencers will almost always have a bag that will take your breath away.

However, trends come and go, and there are always those bags that have stood the test of time. Some were designed in the 80s, others in the 50s, but continue to dazzle fashionistas till today.

Investing in any of these timeless bags is a smart, fashion-forward move. Take a look at these bags, and find out whether there are any that you might want to add to your wardrobe.

Many corporate women hat double up as bag addicts know the Hermes Birkin. English-French celebrity Jane Birkin was traveling next to Hermes CEO Jean-Louis Dumas on a flight, and he noticed her fumble with all her carry-on luggage.

The design concept of a luxury bag with plenty of room for many women’s items thus came to him. That was in 1981, and its popularity remains strong to date.

The Hermes Birkin remains one of the costliest luxury handbags. The bag is incredibly sought after, meaning that getting your hands on it may not be easy. What’s more, Hermes has tight control over it to ensure its exclusivity.

One of the most coveted Hermes Birkin models is part of the Himalaya Collection. One made with white gold and diamond detailing was sold for $400,000, which is the most expensive bag ever sold at an auction.

Just like the Hermes Birkin, the Gucci Jackie was named after a celebrity, former US First Lady Jackie Kennedy after she was often spotted carrying it. This vintage 60s classic was first introduced in the 50s.

The Gucci Jackie shoulder bag returned yet in 2020 for the Fall/Winter Fashion Season thanks to Alessandro Michele and is available in many unique sizes and colors.

In 1999, John Galliano presented the Dior Saddle Bag to the world as part of Dior’s 2020 spring ready-to-wear collection.

This bag featured the smaller 90’s classic feature, not to mention its unconventional shape that completely set it apart.  Soon, stars like Paris Hilton, Carrie Bradshaw, and Misha Barton were spotted carrying it, and the style blew up.

In the fall of 2018, the bag made a resounding comeback as part of creative director Maria Grazia Chiuri’s Americana patchwork collection.

Coco Chanel was the first-ever designer to create a bag that could be worn over the shoulders with a chain strap. In 1983, Karl Lagerfeld designed and released the classic Chanel flap bag with the same rectangular design as the famous Chanel 2.55, but with the popular CC turn lock and a chain strap.

Today, celebrities like Miley Cyrus and Dua Lipa have been spotted rocking the iconic handbag, which is available in many neutral colors. Its rectangular style that offers users sufficient room for a few essentials, quilted leather, and famous CC lock make it a timeless and classy addition to any casual outfit.

The Hermes Kelly handbag may not be as famous as the Birkin, but is still a notable legend. This bag was originally designed in 1923, after which creative director Robert Dumas redesigned it and dubbed it the Sac à dépêches.

However, after Grace Kelly was spotted with the bag in the 1950s, it was dubbed the Kelly bag and was officially renamed in 1977. Its minimalistic design makes it highly sought after today, and it is just as exclusive.

All women that love this bag attribute its charm and handy nature to Audrey Hepburn. The actress and humanitarian also happened to be a fashion icon that loved the LV Keepall but required a smaller, everyday version of the bag.

Thanks to her unique needs, the Louis Vuitton ‘Speedy’ was born. Still made of wax-coated canvas and Vachetta leather handles and piping, the Speedy remained just as durable.

After she was spotted using the famously monochrome satchel, demand for it rose and LV had no choice but to start producing the Speedy on large scale. Today, the Speedy is available in multiple colors, sizes, and materials.

Some fashion critics regard the Fendi Baguette as the first official ‘It’ bag. You may have spotted it on Carrie Bradshaw’s arm ( a character on HBO’s Sex and the City). It was a more minimalist bag, with a single removable strap, beige FF logo, and a flap closure.

The baguette’s shape has evolved to offer women as many combinations of fabrics, patterns, and embellishments as possible.

This bag’s hardware and first impression are what made it one of today’s ‘It bags’ rather than the fashion house logo.

This block-shaped bag has hanging tussles and interesting stud detailing that make it perfect for the fashionista with a more minimalist aesthetic.

It was designed in 1989 by creative director Gianfranco Ferré, and this handbag is probably one of his most impactful contributions to the fashion house. Prepared exclusively as a gift for Lady Diana, who was visiting Paris, it featured black quilted leather, demi-arched handles, and yellow-gold hardware.

The purse was then named after the late Princess, who wore it gracefully during her visits to Argentina, Birmingham, and Argentina. The uniquely sized bag remains a favorite of many and is also available in medium and large sizes.

Fabricated by hand in Dior’s patented leather, Lady Dior’s effortless elegance is probably why so many women love it today. Christian Dior himself loved lucky charms, so he inspired the addition of some playful metallic details on the bag’s strap.

Hey! I'm Monica. I love showing off my style with the perfect handbag or purse. I tend to love bright flashy bags that really make my fashion sense pop! Hope you enjoy our articles about handbags, purses, and clutches... 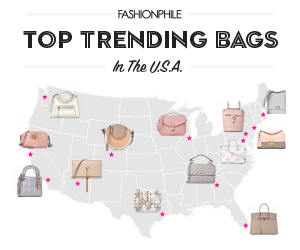 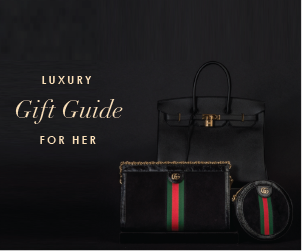